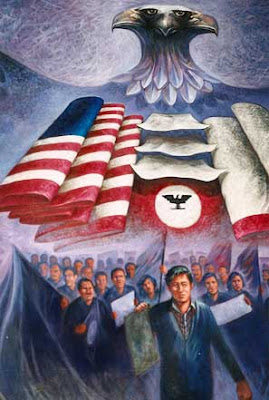 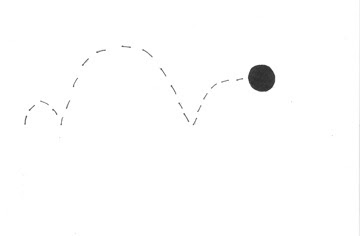 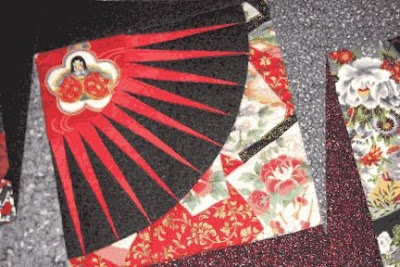 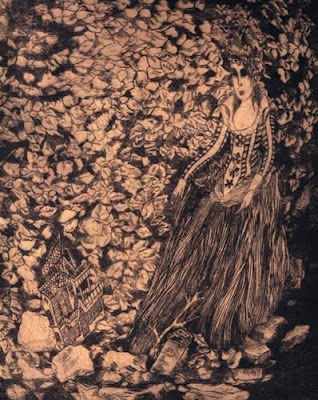 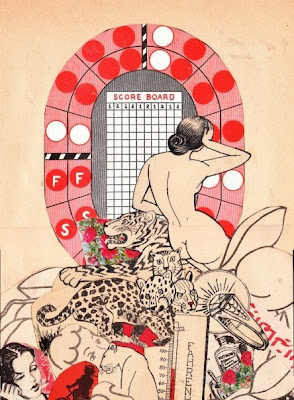 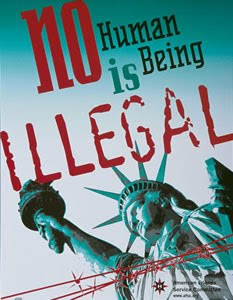 The second Saturday of every month, many local galleries and artist spaces keep their doors open late. Many schedule openings and other special events that evening. Among the July 10 highlights:
• Avenue 50 Studio presents “Women on the Verge” featuring new works by Stephanie
Mercado and Alpha Lubicz and curated by artist Sonia Romero. Stephanie Mercado's work includes dry point prints, carefully scratched to create a rich tonal range and intricately detailed imagery and a sculptural installation modeled after 17th century French fashion. Alpha Lubicz, a collage artist, uses vintage imagery to create a new visual language, merging her own drawings with imagery appropriated from aged books;
• In the Avenue 50 Studio Annex, “No Human Being is Illegal,” Immigration Protest Posters from the collection of the Center for the Study of Political Graphics;
• "Through the Forest of Our Endless Numbered Days" New paintings about Life and Death by popular painter and mixed media artist, Northeast Los Angeles born Walt Hall, continues at Cactus. There will be a reception for the artist, with experimental /pop /electroacoustic music provided by Bumtech. The Sweets Truck and The Grilled Cheese Truck will be parked right in front;
• Last chance to see “Rifting on the Diary of A Seducer,” a solo show by a significant definer of the local art scene, artist/curator John O’Brien, at Kristi Engle Gallery;
• MorYork will be offering an opportunity to preview a Japanese Trunk Sale. Glean treasures from Temple sales and antique warehouse destinations. On July 10, the treasure will be available from 8 a.m. to 10 p.m. Daily hours will be from noon until 6 p.m., July 12-16;
• Nothing Rhymes With Orange, celebrating art and coincidence. Prepare for a diverse group show of photography, collage, painting, and more at New Puppy. Many of the artits are alumni of the San Francisco Institute of Art and now living in Los Angeles;
• Every Second Saturday is “T-Shirt Revival Night” at Outpost for Contemporary Art; every month, for just a small charge, a different artist will spiffy up your T-shirt or bag or…with unique silk-screen images. This month, Laila Tootoonchi’s simple line drawings of nostalgic playground elements inspired by summertime;
• Jason and Melissa Sullivan’s Super Fantastic Ish Factory will take over The Land of Odd gallery space to bring you a strange and exciting adventure inside a world unlike anything you have ever experienced before! “Sullivan’s Super Fantastic Ish Factory” incorporates fine art, commercial art and textile design, packaging them into one perfect gift of fun and excitement. (Open ’til midnight);
• José Vera Fine Art & Antiques is proud to present “A Celebration of Muralist Armando Campero,” a collection of Campero's oil paintings and charcoal graphics. Campero will unveil and dedicate a mural to the family of César Chavez. Born in Mexico, Campero studied under the legendary Mexican muralist Diego Rivera. For almost 15 years he was a political cartoonist for La Opinion, and his murals can be seen in major cities throughout the world;
• Award winning quilt artist, Ruby Nishio, will hold her first one-person exhibition at Future Studio Gallery. Ruby Nishio has been sewing for over 70 years. Her imagery is drawn from her personal interests, including gardening, flowers, nature and travel. One piece, “Trip Around the World,” includes 2,193 two-inch squares of flowered fabrics stitched to form an impressionist patterned garden;
• Mike Kelley and Michael Smith's "A Voyage of Growth and Discovery" will be open at the Farley Building in Eagle Rock from noon-7 (See this blog's posting of 6/4/10);
• Studio Root66 presents "Thru the Looking Glass,” a group photography show featuring a diverse selection of artists and subject matter. DJ Joe Jimenez/beatmixLA will be performing eclectic& smooth sounds on the patio;
• The Loft Music and Art Show at York Studios presents Music Performances by: 7:30-9:30 - John Clinebell & Friends; 9:30-10:30 The Rudy Boy Experiment (Santa Fe, New Mexico); 10:30-11:30 Water & Bodies (Portland, Oregon); 11:30-12:30 The Other Side of Morning; 12:30 Cab 20 ($5 donation);
• Cuculapraline-Frenchic, self-described as “When the Kitsch and Frenchic Meet,” will welcome Art Night attendees with snacks and beverages in a Cuculapraline-Frenchic style until midnight;
• The Bike Oven presents “Spoke’n Art,” a fun-paced bicycle tour of local galleries. Depart from the Bike Oven at 7. Also, the Bike Oven and Flying Pigeon (next door) are showing the art of Robert Lowden and Alex L. Baranda.
Most galleries are open 7-10, some a little earlier or later.
Visit www.nelaart.com for a longer list of local venues, addresses, links, maps.
Images: 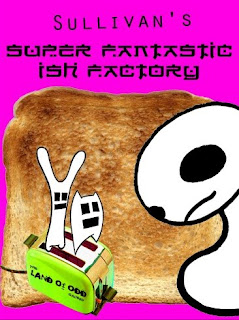 Drought Resistant Plant Sale
As the weather warms up, stock up
on drought resistant succulents. 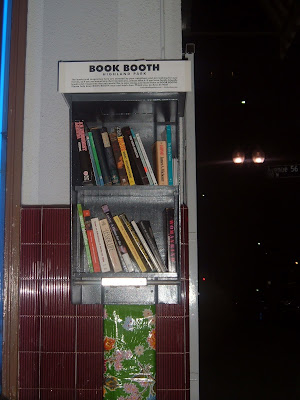 BOOK BOOTH HIGHLAND PARK--a few doors up the street from Chicken Boy's roost, next to the entrance of La Arca de Noe restaurant, 5570 N. Figueroa Street--is a free community art/literature project. The books and magazines found at BOOK BOOTH are all donated by your neighbors and are looking for new homes, so if you see something that interests you, please take it. It is also a good way to share what you’ve already read. If you have family-friendly books and magazines that you would like to pass along—just leave them at BOOK BOOTH. Please help keep BOOK BOOTH neat and trash-free. BOOK BOOTH is brought to us courtesy of the good folks at Future Studio.
Posted by Edward Rivera at 2:29 PM 1 comment: 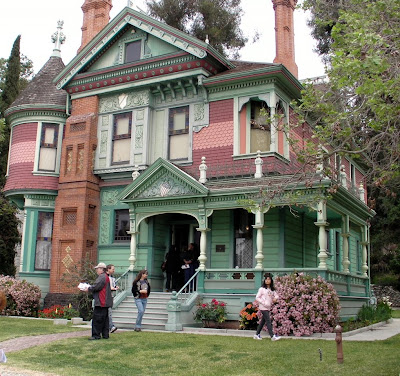 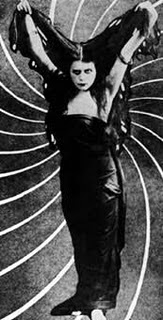 · Silent and Classic Movie Nights! Saturdays, July 10, 17, and 24, gates open at 7:30 pm., movies being approximately at 8 p.m.
In celebration of the 90th anniversary of women receiving the right to vote, the museum is proud to feature films of some of the best female stars of Hollywood’s Golden Era, including Louise Brooks, Norma Shearer, Theda Bara, Joan Crawford, Rosalind Russell, Joan Fontaine and Clara Bow.

Saturday, July 10 includes a double feature. First, A Fool was There (1915), one of only a handful of Theda Bara films that still exists, where she stars as a “Vamp” set out to ruin the lives of respectable men! The second film is The Show-Off (1925) a comedy starring Louise Brooks, about an insufferable braggart who disrupts the lives of a middle-class family by pretending to be much, much more than he really is.

On Saturday, July 17 the museum will show the 1939 comedy, The Women. With an incredible cast of stars of the time (Norma Shearer, Joan Crawford, Rosalind Russell, Paulette Goddard, and Joan Fontaine), The Women puts the viewer in the middle of 1939 New York high society among a tangled web of relationships gone bad, lovers reunited and everything in between. This film made history with its all female cast. In fact, all of the roles in the movie (over 130 of them) were all played by women, and the every animal that was used in the film were female as well. Although men are much talked about throughout the film, not a single male is seen in the movie.

On July 24th, the museum will present An Evening with Clara Bow, celebrating the life and legacy of the woman who would come to define the Roaring Twenties. Brought up in near poverty in Brooklyn, New York, Clara Bow became one of the best know silent actresses, staring in nearly 60 movies in her career. Best known as the uninhibited flapper, she became Hollywood’s "It Girl" in 1927 with her roles as Betty Lou Spence in “It” and then as Mary Preston in “Wings”.

Admission to the Silent and Classic Movie Nights is free for museum members and a $10.00 donation for the general public. These special screenings will take place on the lawn near the Palms Depot. Guests are encouraged to bring chairs or blankets to sit on, a small picnic to eat before the movies begin, and warm clothing. Beverages and snacks will be available for purchase. Gates open at 7:30 p.m. for picnics with the show starting each Saturday after 8:00 p.m.

Posted by Edward Rivera at 1:41 PM No comments: 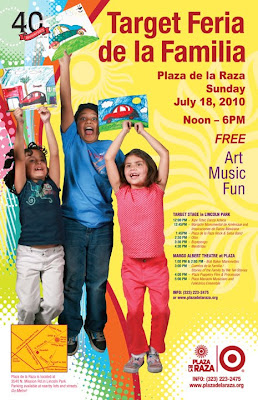 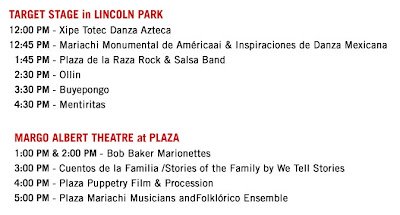