by Edward Rivera
LOS ANGELES, July 16, 2007—At least five churches in Northeast LA employed priests who were accused of molestation and named in today’s final settlement between the LA Archdiocese and more than five hundred parishioners.
According to a search of an LA Times database, Seven priests who were employed at St, Ignatius of Loyola Church in Highland Park, Sacred Heart Church in Lincoln Heights, St. Bernard Church in Glassell Park, Divine Savior Church in Cypress Park, and St. Dominic’s in Eagle Rock, were among the accused. There were 237 churches named in the $660 million settlement.
The Times database cautioned before the settlement, “…Most of the accused priests were never charged with a crime and many of the allegations remain unproven. Most will be resolved without jury trials. Neither the accused priests nor the archdiocese has formally denied the accusations made in lawsuits because the cases are in mediation. The archdiocese has cautioned that some of the claims are demonstrably false, and some priests have informally denied the allegations.”
The most recent accusation—in 2002—involves Father Patrick J. Hill, who served from 1995-1999 and 2001-2002 at St. Bernard in Glassell Park. According to the database, Hill was named in a report, but the investigation found no grounds for removal. He is still actively employed by the church.
Father Theodore Llanos, now deceased, served at St. Bernard from 1975-1978. He was one of 30 defendants named in a $60 million LA Archdiocese settlement in December 2006.
According to the LA Times database, St. Dominic’s employed three accused priests—Father Thomas McElhatton, Father Vincent V. Cavalli and Father Cristobal Garcia—who were named in a total of four accusations. McElhatton is now deceased, and Garcia and Cavalli have both left the church. The earliest accusations are in 1943, and the latest in 1985. Father McElhatton was also one of the 30 priests named in a December 2006 LA Archdiocese settlement.
Monsignor Leland J. Boyer and accused priest Daniel Cremins, both now deceased, served together at Cypress Park’s Divine Savior Church in 1972-1975. Cremins also served in 1963.
Retired priest Michael D. Buckley, who was named in a civil lawsuit and archdiocese report, served at Sacred Heart Church in Lincoln Heights from 1958-1959.
At St. Ignatius of Loyola Church in Highland Park, Father John Wishard was named in an archdiocesan report, according to the database, and pleaded no contest in 1980 to oral copulation of a minor. He was sentenced to five years probation with the felony reduced to a misdemeanor in 1991, and then later dismissed.
Retired Monsignor Patrick Reilly served at St. Ignatius in 1963. He was also named in a civil lawsuit and archdiocese report, which termed the accusations “unfounded.”
At each parish, church representatives refused to comment.

Comment at www.arroyosecojournal.blogspot.com
Posted by Edward Rivera at 3:33 PM No comments: 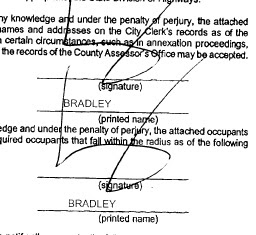 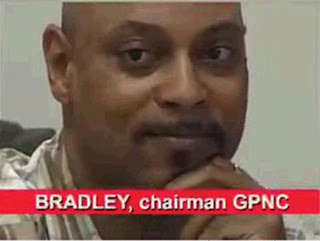 Conflicts of Interest. Embarrassing Videos. Hostile Leadership.
Is This Any Way to Run a Neighborhood Council?